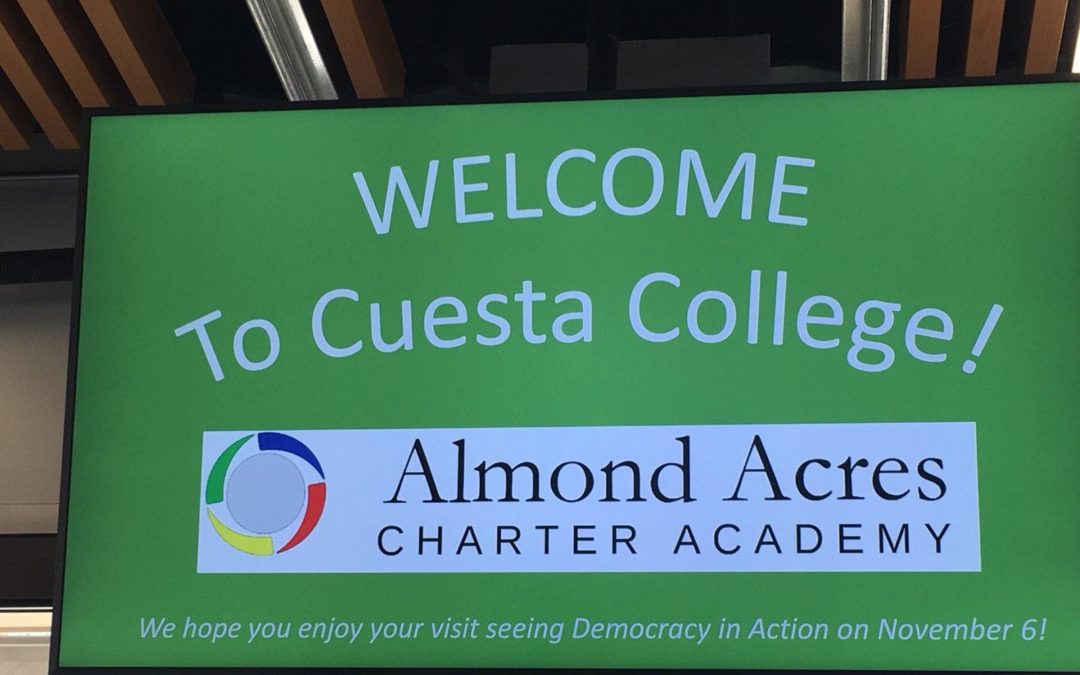 Fifth grade students from Almond Acres Charter Academy visited Cuesta College’s polling station on Tuesday, November 6, 2018, to support local voters and learn more about the voting process.  The students are currently investigating what it means to be a great citizen in their community and their country.

While visiting the campus, the students were able to create voting buttons, observe the polling station in action, and interview voters as they walked back toward the parking lot.  Students asked voters why they thought it was important to vote. One interviewee stated that she felt privileged to vote. Her grandmother was a racial minority who didn’t have that right as a young adult.

Almond Acres Charter Academy encourages each student to seek “the leader in me,” a philosophy that leadership can be unique to one’s strengths and personality.  “Every child has their own unique leadership skills,” said AACA Executive Director Bob Bourgault. He explained that taking a field trip to the polls is one way for the fifth graders to provide a service to their community and exercise leadership.

“This has been a wonderful opportunity for our youth,” said educator, Carrie Fiel.  “At first, they were a bit nervous about interviewing voters, but they quickly put their fears aside once they started having conversations.  This experience has opened their minds so that they can now see the value of voting. One student told me, ‘We’re only eight years away from getting to vote!’  It warmed my heart to see their excitement about being an active part of our country’s future.”

Yerik Martinez, age 10, summed up the voting process: “It means to have a right to speak up, to say what you think is right or wrong.”